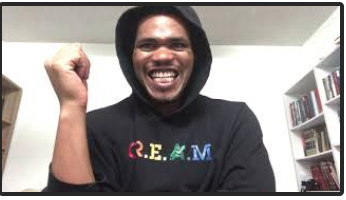 All right, good afternoon. Now for our afternoon drink, we like, you already know we’re going more green than our vegetable or our morning drink, which is more based off of sugar and, uh, trying to get more fruit into our diet. Right here. We have buck. This is, this is bok choy. Yup. I had to see, I had to get the, the receipt, the bok choy. This is a beat. Um, that’s a broccoli. I had no idea. Broccoli was that like, that looked like this. I had no idea. Um, this is some zucchini. We got our lettuce, we got some spinach and we have some ginger root. Now, depending on how much, I don’t know how much water or how much vegetable juice is going to come out of these. Um, hopefully you eat the whole beat. I don’t know. I’ve never ate it before. Hopefully you eat all the buck, Toohey, bok choy, whatever. Uh, hopefully you can eat the STEM of the broccoli. I’m not sure these are all kind of brand new for me. I had no idea of broccoli even got that big. You’ve never tried this before in my life. Unless it was something I ate that I didn’t know. Was there a beat? I think beets or sweet. I’d have no idea. Uh, the Ginger’s for flavor. All right, so let’s check it out. Okay.

All right. First let’s go with zucchini vitamins, a C and K men. Gunnies potassium, digestive health, blood, sugar control, heart health and eye health. Um, let’s see what else we got broccoli chop. Okay. Aggressive. It’s all over here. So we have lettuce, lettuce right here. Vitamins a and K potassium zinc full, late anti-inflammation sleep aid. Anti-anxiety relief. This is why we’re having that night. Cause it says sleep aid. Okay. Now we go to the other place. Um, beat. Here we go. Full, late mag. Remember this or beat right there? Not the top. Not that the red one. That’s our beat. A full eight. Mm, Magna knees, potassium, blood pressure regulation, heart health, digestive health and food. We’ve got some brain health with that. That’s nice. I like that. We need to pay attention at release. Remember that? Um, what else we got? We got some broccoli, which is the broccoli. Here we go. Vitamin C B N a potassium calcium cancer prevention, cholesterol, health and eye health. Okay. That’s nice. I didn’t know that that had, it was good for your eyes now. Bok choy. Here we go.

Bok toy vitamins, a C and B calcium brain health immunity, uh, boost and cancer prevention. All right. All right. So now we have our spinach. Where’s the Spanish. Oh, here we go. Vitamins, K a B two, and B six full, late manganese. I help brain health and muscle health. The rest is the ginger, the ginger root, which I don’t know if they have the ginger. Um, I do not see the ginger in here. So add that to the list of fruits that are not in here. Uh, the green juicing recipe book again. Um, yeah, so you know the drill. I will see you in just a minute after I grind some of this stuff up again. I’m not trying to use all of this stuff. Hopefully half of it and I’ll have a full cup because I think this is going to have a lot of, uh, vegetable water in them. All right. Talk to you later.

All right. That’s the beat. So I didn’t put any, uh, any surprises. The beat is overpowering of everything and it is very, very beady color. Um, makes me a little nervous. Um, when it’s green, at least I I’m used to green juice. Now I’m used to orange juice, not like orange juice as in orange juice, the orange, but orange juice from a carrot. Uh, this looks like it will make a mess. If it spills over anything, it looks like, um, Oh, there you go. I stirred it. Sorry. It wasn’t in the frame, but yeah. Uh, let’s check it out. Let’s see how, how this tastes and just a second again. I just want to reiterate at night time, we’re trying to go more greens because we’re trying to like slow ourselves down, relaxed as in the daytime, we’re trying to go more fruits, more sugar.

It’s time to get up. Start our day with the burst of sugar, natural sugar, not the sugar that we go to the store, the natural kind, the ones that have fruits and things. Um, now I know, uh, the beat, I think has sugar. I think it, I think it’s a little bit sweeter. So I put it in there. I could be completely off. So don’t quote me. I could be wrong. But part of the main reason we’re doing this is trying to find the perfect concoction to handle each part of the day. Right? So we know that lettuce is good for a sleep aid. So we made sure we have let us in there. We know that spinach is good for your mind and for your, for your muscles. Right? So we have that in there. Cause we work out throughout the day. We have bok choy, cause it just sounded cool. And I wanted to put it in there. So listen, no further do, let me try it. I’m nervous. That’s what I’m talking. I’m really nervous. This is not look I’m, I’m really nervous. I don’t know. I want to try it again. I really don’t know what to tell you. It almost doesn’t taste like anything, which is weird. Cause that this is like by far, I wonder what it’s going to do to my pee. This is by far, looks like it’s going to happen. It would have the most flavor, but

It’s not, I can taste the ginger. I remember I put ginger in here. I’m glad I didn’t put a lot of ginger. That would have been terrible. I would have had to throw it away because I literally put like two little droplets like this big cause of yesterday. Remember the pepper, that one little small pepper. It had, the whole thing tastes like a pepper, five put two peppers. I wouldn’t be able to drink it. The onion has scared me. So that’s why with certain things, I’m not gonna not kinda just go gun-ho with it. But with this, this is very difficult for me to, to pinpoint a taste. Cause I, I really only taste the ginger, which is weird.

Cause I was making my teeth and everything or all right. That aftertaste right there. It wasn’t very good, but it wasn’t. Yeah. Honestly, I’m not going to lie. It has the earthy feel to it. Right. Which makes sense. Cause I it’s mostly just eating grass. Uh, I mean lettuce, but you know, grass.

I mean, I wish I knew what bok choy tasted like, so I could be like, you know what? The bok choy gives it the steep flavor, but uh, no, no, not at all. It’s I mean it’s, if you were to tell me if I were to close my eyes, excuse me. If I were to close my eyes And you drink this,I would no idea you wouldn’t. I wouldn’t believe you that if you told me what was in here, If that makes sense, I wouldn’t believe you who doesn’t. It just tastes like it kind of tastes, it tastes like thick water. Right? I’ve had, I’ve had way worse water.

There we go. Yeah. Uh, the further we go down, the more gingery it tastes, which is, which is, I mean, it’s good. I like the mornings better is your mornings has more sugar? Um, I guess that’s part of the reason why we like our sugary drinks. Cause you know, he’d give me, give me some sugar and only dump it in there. Spin it around real quick. And it’s going to be a little bit more flavorful, but

Um, I I’m trying to think of something profound.

It’s it’s really bland is, I mean, like I said, like I got that hint of ginger, but other than that, hint of ginger or just tastes like thick water kind of warm, right? It’s not cold, Got a leaf in that one. It’s just it’s you know, was what’s messing with me. It’s the beat and the color of this that’s that’s really what it is, is how like distinct of a color. This is, but then not really having any flavor that’s that’s it’s just mind boggling. Cause I would think, I mean, this, this, it looks, it really looks like I could paint with this. Like, look how

You see what I’m saying? Like that is, it looks like blood almost. You see what I’m saying? Like that is some powerful stuff. And for me to not to have a bit of flavor, it’s just mind boggling to me. I just don’t get it now. I would say, um, do not do this. It defeats the whole purpose, but some sugar in here. If this had some sugar, right? Just a little bit where it wasn’t so bland, it’d be pretty good. Right? It’s just missing sugar. It just doesn’t have any flavor. Right? The morning time we got at least got a little flavor. If I swear, I was thinking of getting some sugar cane to just grind up sugar cane, see what that would do. That’d probably be pretty interesting, but I’m getting to the points are getting close to time. So I got to shut up and drink.

At the end, it’s a more potent or it’s PO it’s more potent. So you see his facial expressions at the end. We already were almost expecting that. Cause all the, everything, all the sediment has sunk to the bottom. So it’s, it’s kinda like I’m getting that extra power shot. I have a feeling that this is going to stay in the glass. It’s so strong. I wonder what it’s going to do to my body.

I will let you guys know tomorrow morning. Uh, what does did to my P cause you know, you know how asparagus it makes your piece smell terrible. Um, I wonder what the beat does. Am I going to be peeing like slight weight red? Because if so, I’m going to be scared shitless when I pee what’s going on, man. But I got to remember, I drank a whole bunch of red, red, like die as basically what this is, is basically die. Look at this. This is drama and stuff it’s seeping through. All right, we’re over our 10 minutes. I apologize. This one went a little bit longer. Let me try to get this down. Um, I’m not going to down it too fast. I don’t want to re regurgitate it. So it’s going to take me two sips and I got a burp