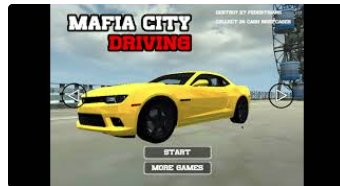 Joy 30 pedestrians collect 20 cash briefcase. Sounds easy enough. Oh, we’re in the, in the Camaro or the vet. I know which one is it? It could be the dead or the marrow. It’s kind of hard to say. [inaudible]. Wow. Well, I’ll tell you the break does not work very well on this one. Why didn’t they destroy him? Okay. Yeah, there we go. 29 at least this one. I will say this game. If you watched me play the Miami vice rough drive around, do nothing inflect tokens or whatever that this is better. At least you have a mission, not the easiest to drive, but at least you have a mission. Like I see him right there. I’m getting, Oh, that’s just terrible. And did you see, I just went all over. I was trying to get them to completely screwed that. Right. This is going to take an hour to try to get 29 per district and 20 CAS briefcase. Yeah. I don’t see that. I haven’t seen one of those here. It goes a person that’s getting that was way more dramatic than the first one. I see another. Yeah, we’re just going to creep up on him this time. Goodbye. See you later. Where do you think the money’s in? Oh, that’s cool. You don’t die anymore. Okay. Well this is well, alright. I wonder how many people get stuck in this random position? However, I got stuck. See it filled up.

Yep. There we go. Let’s start back over. I, yeah, that sucked. All right. Test number two. Oh, it’s still, it kept me where it is. Let’s see what the car is.

What is the more games? What do they have? Right. Oh, wow.

Not what I was looking for to go back to mafia, city driving. Yeah, we’ll go with the

Back this time we got 27 more people to run over. Oh, that was a double whammy. Look at that. Oh, it looks like they’re like, you’re a terrible first time. We’re even more people. Boom. Got another one. So this is literally the most pointless game in the world. However, I’m I hate to say it, but it’s, it’s, it’s lightweight, entertaining. If I could find out where they get the fun. That’d be awesome. I, it is. It’s not. Yeah. So that’s, that’s kinda like the only problem with this game. It’s just, there’s no control. So, I mean, you literally have to drive around this low and then even at this low, you can’t look, you can’t even turn this low or another person. Oh, double whammy right there. Right? There’s no, I mean, this it’s all right. I get somebody. Where’s the cash, man. I keep finding these random people have no money. I want to see what the briefcase looked like. Right. I’ve had enough. I hope you got, if you guys want to try it out click below whatever, but I’ve had enough.