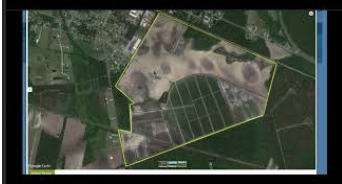 Whether we’re talking about our forefathers or we’re talking about today, agricultural land is one of the most important aspects of everyday life we have to eat. We have to feed our animals. We have to, you know, food is a necessity in every aspect of daily life, you have to eat your afternoon or you have to nourish your body and what better way to invest and invest in something that’s a daily necessity. Right? So with this investment, with this first strategy, we’re, we’re looking for companies, mostly just one company I’ve found in particular that is represented in 48, or I think it’s represented in 48 States. I’m not quite sure. I know it’s, it’s represented a majority of the States and what they do is, is they invest in land and they, they, they buy a whole bunch of different land. And, and like I said is now besides the Trump war is going on with China and, you know, with the tariffs and everything else, which is coming to an end, hopefully very soon, the demand for commodities and fruits and vegetables and everything is never going to end.

So it’s a great lit great way to grow, or rather it’s a great place to stash your money and hold it for a while, right. And continues to gain more and more and more money for your future. Right. We’re not talking about tomorrow. I mean, think about it. If you were to start a garden today, right? You still wouldn’t get a vegetable for a few months. So if you think that this is a get rich scheme, then you’re, it’s just ludicrous because a vegetable takes at least four or five or about 70 days for it to, to bear any vegetable anyway. Right. So we’re looking at, this is going to be a long-term investment, you know, five, 10, 15 years, something that we put in right now, we forget about the go back to our daily life. Just like everything else. And then 10, 15 years, let’s say you have a five-year-old 13 years from now.

You consistently put a little bit, little bit, I’m not talking to a whole bunch, a little bit of money back into this, into, you know, the economy back, back into land, right? Our forefathers were we’re in, it is the best investment. There is land is not going anything going anywhere. It’s a finite, right? There’s a finite amount of land, which means that there’s only so much of it, right? So like, let’s say cheese, there’s not a finite amount of cheese. You know what I mean? As long as there’s cows, you can get more, right. But land is finite, right? Money is not even finite. The federal reserve can just print some more right later on, we’ll discuss how we can fight against that, how we can best with a reserve and make money off of that. But right here, we’re talking about an investment. That’s not going anywhere because we’re going to invest in the agricultural department. So we always have to eat as long until they come in the future and they give us a pill that solves everything we don’t have to eat anymore. This is a great investment for the long haul. Now let’s get to the chart so I can explain which company I’ve found and, and allow you to kind of see the vision that I see for the future and for your own personal success, your own personal wealth

So, yeah, just like our forefathers buying in agriculture, it’s, it’s something that we all know is going to last forever. Cause we do have to eat and with land, what they were on land website right now, and it’s really cool. You can come here and you can click here and it shows you what, over here, it shows you in all the different spots that they have properties, right. And as you can see, they have they’re, they’re in a lot of different places. So it’s not like you’re investing in just a little farm in, in North Carolina or Idaho or you know, a little farm in Idaho. You’re actually investing in, in quite a large array of different properties. Right? So we click on California shows you how many different little farms they have in California, you know, let’s click on, give it a second. So it shows you the plot, like the actual farm that they have right there. So it doesn’t, I don’t know exactly we had. Wow. So yeah, it even tells you right here, 400 girls acres with 435 planted acres of pistachio trees in California. Right. So it tells you what exactly what exactly, what exactly they they produce at that form. So we’ll go North Carolina, let’s see what they produce in North Carolina,

Blueberries, strawberries, leafy greens. Right. So what it does is, I mean, let’s look at the pictures too. So there you go. It’s kind of cool. It shows you what you’re investing in. Like what company, what product, and it’s a great way. Now let’s go back to the quotes of what it is. So let’s not forget, you know, it’s a real estate investment trust. So we, it has a whole bunch of different properties over the last let’s look at five years, not five days it’s been consistent. So it’s been consistently you money and it just then, or they just came out recently that they’re going to start paying you monthly. Right. So opposed to just paying you quarterly. This is something that, you know, you can receive money monthly. I mean, who doesn’t like that, right? The price right now is, is relatively cheap. It’s good to get in everything on there basically by now, bullish on, on, on all an all factors. So, you know, just a little recap and of the company and why I am telling you, this is a great company for you to invest in the future, not looking where, like, again, we’re talking about our kids, we’re looking about 10, 15 years holding on to this. We’re not talking about the next month, the next week, the next hour, right. We’re talking the next few years, something that we can consistently gain or percent and feel comfortable because we know what it’s invested In.