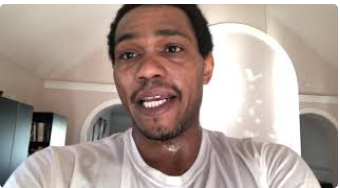 I feel great. So I don’t know. Remember the last couple of days I was like, yeah, I’m going to try to keep doing faster and faster and faster on a treadmill. Well, that’s great. But what happened is today it became more of a challenge, right? Not a challenge to run a challenge to get on the treadmill. Cause I was it wasn’t easy. Right? And we’ve got to remember the whole reason we’re doing this is we’re trying to do things in a way that is so easy. It’s impossible for us to say no right now, trying to max myself out. Although I wasn’t doing it on the weights, trying to do it on the treadmill, wasn’t making it enjoyable. Right? It wasn’t fun. It was a chore. It was a competition between myself to try to get better and better every day to where that was taken away from the overall mission, which is, is to be able to do this consistently.

So what I did today is I forced myself to lose, right. I told myself I’m only going to rent and run at five miles an hour, which is slower than usual. Right. But I did that on purpose. Did I ended up getting two miles a day? Yes I did. By the end of it, after I ran backwards for my song, which is basically five minutes, whatever, I ended up being at two minute or two miles, 2.05 or 2.1, something like that. So did I still achieve my goal? I did, but I also enjoyed myself. I was doing it or I’m just a sweaty, right? It’s not like I didn’t get any less sweaty. Heart rate was still up. It’s just, I enjoyed myself doing it this time. I could focus on the TV focused on what I was listening to on the TV. I wasn’t focusing on, Oh man, can I make it? Can I make it just push yourself harder, harder, harder. Right. Opposed to doing that. I was more okay. You know, I was more receptive to what’s on the TV and it was more like, like I don’t like in the morning time on the bike, it’s really getting easy. Cause I’m not convincing. I’m not, I’m not trying to convince myself to do anything. It’s really, the only convincing I have to do is just sit down on the bike and move your legs.

That’s easy. Remember resistance. Isn’t really high. It’s literally just sit down on this bike and watch what you’re going to watch and just move your legs while you’re doing it. So it’s unbelievably easy. Right? I, even this morning I was going to watch something and I was like, no, no, no, get up, get up, just get up and get on the treadmill. It’s there’s no difference of me sitting on the bed and watching it or getting on a treadmill. It’s actually more comfortable on a treadmill and moving around on the bed when I’m watching something, I’m still got to move around. Cause I get uncomfortable. Right. My arm goes to sleep or my legs are going, getting tired or my back or you know what it is is there’s a million things. You got to keep moving around when you’re in the bed. But when I was on a treadmill, I was already moving around.

Yeah. My butt gets a little sore, but I just got know, scoot forward, scoot back. Other than that, I’m good to go. But at the end of it, I feel better. Right. And so that was kind of how I’m feeling today with not trying to max myself out on the road. Now, if I, I think that it’s just a better approach. I’m going to take this approach. This is it’s better. And earlier today I was talking to my buddy and you know, he’s been knowing that I’ve been working out and he took the approach. Like I was trying to max myself out cause he’s known me for quite some time. And he’s only back in the day when I went to the gym, I got big, really fast. And I told him, I was like, yeah, I could do that. Right. But that doesn’t help anyone else around.

I can transform my body truly fast. Right. I can go into a gym. I can do it innovatively. I can max myself out every day, knowing that it’s only going to be about one to two weeks, I’m going to suffer and then get myself through it. Right. That’s only because I used to play sports when I was younger and I was, and that is common. I my body’s used to that. I can do that, but when I’m getting older and I don’t feel like doing that right into, if I were to teach a class or do these videos with me, you know, amping like P 90 or something like that, like there’s no way a fat person that’s never worked out before is really going to be intense on that, on a program like that. It’s just not going to happen right there. They haven’t built up the discipline.

They haven’t built up the skills to be able to get there. I can’t buy that program from my grandmother and be like, yeah, just get in shape. Watch the video. It’s not going to happen. But something like this, where all I’m trying to do is convince you 10 minutes a day to move around. That’s something I can convince. That’s something that can get ingrained in people’s mentalities that are in their DNA system. So that’s why we’re taking that approach. Right? Let’s just go slowly. And it’s the same thing I could max out on the treadmill and I could keep pushing myself and I could keep pushing myself and, and break myself through. But then at the end I’m going to quit because it’s not fun. It’s a job. So to keep it being fun, this is what I did. I slowed myself down and the 20 minutes was your extremely enjoyable I could have kept going. Right. And it’s almost like if I’m going to run tomorrow, well, I’m going to try something different tomorrow. I’m gonna do my two first thing before I get on treadmill. And then we’ll try two sets after, right. Or maybe one set after if that works, then, then we’ll start worrying about adding more time on a treadmill because this is more enjoyable, right? We’re doing this to one, keep good habits. But then to also have fun and being, make this enjoyable, don’t make it a job or you’re not going to continuously do it.