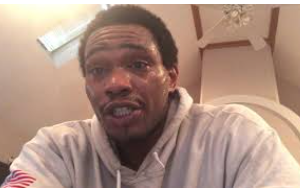 So today was a good day. Again, we did one sec before getting on the treadmill, which, I mean, it solves the problem. We’re doing three sets now. Which again, I think it’s going to be for the longevity of, everything’s going to be way better because now I’ll be able to do two before and then two after. And then if I get really pumped up, then we can work on getting four before and four after. But you know, let’s not, it’s not jumped the gun. Right. Right. So just running five miles per hour, which honestly, I I’m glad I did that. I’m really glad I took the competition out of this. And then just, just went for the enjoyment of just running because, and let me try to, there you go. There you go. Try and, you know, make it easy, enjoyable, because if it’s enjoyable, like I keep saying, it’s only now I’ll continue to do.

Now. If I push myself too hard, I’m just not going to end up doing it. I’ll find a reason to quit, but running five miles per an hour is a little bit faster than running. Like in my mind, it really doesn’t extort much more energy than when I walk. Obviously I am, but it’s not to the point where I’m really huffing and puffing and trying it’s I can focus on what I’m watching, which is the point, right? I don’t want to focus on being tired. I want to focus what I’m watching and in turn run and not notice it, if that makes sense, right? I don’t want to be paying attention to the run. I want to be paying attention to what I’m watching and what I’m trying to learn. I’m trying to think of something else. Riding a bike easily. It’s not really a challenge.

My, my legs are getting really, really sore, like my butt and things, which is what I wanted. Showing that it’s sorry about that. It’s showing that it’s working. So I mean, you can’t go wrong when something’s working, right? So make sure you stretch. Like if you’re not touching your toes, if you can’t literally tie your shoes or whatever, by bending over then you, you’re not paying attention enough to stretching. And you needed to start doing that because the more we do this, the more strain your bestie pushing on your muscles, you’re basically putting on your muscles. So you need to stretch them. That’s the other parts of this, because if not, you’re going to, you’re more susceptible to a tear or a pool, so you don’t want to do that. Cause then if you tear or pull something, you’re probably not going to be able to work out cause of the pain. And then you got to start all over. So you don’t want to have to start all over. So just take an extra minute and stretch. Now, today we have the body evil. I apologize. I was supposed to do that yesterday, but I forgot. So we’re going to do that today. So much in this video right here and meet you on in the bathroom so we can do a body eval.