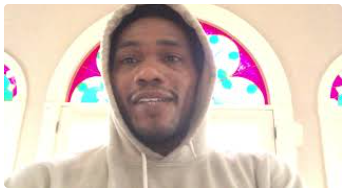 All right, gotta make this video pretty short. Someone coming you have today easy. I, I went back to five, five, five miles per hour. And instead of having an attitude, like, man, I gotta work. I gotta push myself. So, you know, run faster and faster, running a five miles. I was like, it’s nothing. How I looked in. I was enjoying it. I mean, it wasn’t easy, not all the way, but I was enjoying it while I was doing it. All right. I, there was no hurdle to get me onto the treadmill. It was easy to get onto it, what I did today. Cause you know, I’m trying to implement three sets. So I did one set before I even got on the treadmill because I was like, you know what, what if I were to do two before two, after that I was like, no, no, no, no.

We’re only going to do three. So we did one before and then two after which easy peasy one, two, three easy. I didn’t even notice I did the three sets. So we’re probably gonna implement that. Cause it was just too easy. And what I, when I found that I’m going to do I found some thing to watch on the TV. It’s 30 minutes, opposed to just 20, but running on the treadmill at five miles per hour is pretty easy for me. So it’s not like adding an extra 10 minutes, 10 minutes is stressful and it’s it’s, there’s like a hundred of them. So I’m not going to run out of things, material to watch for a while. And they’re all unit uniformly about 30 minutes. So since I have someone coming and there are probably here that Uber I got, I’m gonna hop off of here, but I just want to say every day, slowly but surely, you know, add more to your, your ideas, add more to your little workout, see what works best for you. And if that one even small bit, it seems like work go backwards. You did too much. He did too much. You will not sustain something that you feel that’s work. Does that make sense? You have to only do things that are easy, right? Where it’s not work. So it then becomes enjoyable and then slowly but surely you can work your say up yourself up, but if you start off where it being work, you’re not going to want to do it. So just remember that.