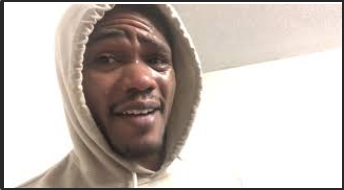 Another day done today was good. There’s really good. I had someone coming, so I didn’t know how much time I had, so I was kind of clock watching. So that made it go a little bit slow, but I mean, that’s nothing to do. That’s not a big concern. But what I did notice is that, which was cool because I don’t know if you remember what, excuse me. A few days ago, I lowered the speed again or not. Again, I lowered the speed from trying to out do myself every day did at 20 minutes and I raised it to going 30 minutes in lower to speed to just to do a, a nice, consistent little jog. And what that’s done is one 30 minutes is easy. All right. My foot’s hurting a little bit, but I have to figure out how most, all that problem.

That’s more of a like are you hurt? Are you injured? It’s kind of in between where it’s hurting because of an injury. So I probably need to take my foot just to give it more support, but other than that doing good. The nice thing today is that at Mark 20, I was getting bored, right? Is I’m going, I was going too slow, which is again, another mind boggling thing. How your mind just consistently will play tricks on you. So what I did is I raised it up to six for the last 10 minutes. Now

The 10 minutes or the six minutes per mile was, or six minutes per hour was a completely different feel. I haven’t run, ran that fast in what may be a week, five days, so I could feel the difference, but it wasn’t cause let’s, let’s, let’s remember from the beginning that the very beginning, we’re starting off at 10 minutes at six, right. One mile for 10 minutes, month and a half into it run 20 miles or 20 minutes at five. And then the last 10 minutes at six. So just the growth in it of itself is phenomenal, but it’s just crazy how my mind is now going to find its equal equilibrium probably at around six miles per hour for a while, until that becomes really easy and then try to bump it up to seven. So in the end, I’m going to be destroying myself on speed.

Eventually not as fast as I would have liked it cause you know, faster, faster. But if I continuously, if I keep up with these girls, it’s impossible for me not to be better than myself, if that makes sense, because we’re almost doubling every couple of weeks, which I mean, that’s just fascinating how we’re able to do that. The, the sets getting really easy, right? Not, not really tired. We’re doing three sets, one in the beginning, two and a half or two at the end. So what we’ll probably end up doing not this week, well today is Monday. So it’s a star this week. So we’ll do one more week. How it is come Thursday, Friday, if it’s really easy, then you know, we’re at two sets in the beginning, two sets in the afternoon. And then if we’re able to do that, it will be the last week of February starting next Monday, which will be the 22nd.

And that would have been for the entire month or an entire week. We’ll be at four sets, which would be the overall goal if you remember from the beginning. So that’s what we’re kind of looking at now, a personal goal. I was watching the TV show yesterday and it was fascinating. I don’t know if I talked about it yesterday a little bit about a strictly juicing diet, not just eating vegetables. Cause that’s kind of boring. That gets monotonous. It’s like eating nothing. All right. So, but with juicing, what I really want to do, and I know it’s not going to be easy because I’ve been complaining about my sugar, right? Try and get my sugars out. Like, or at least the processed sugar is just the added sugar, trying to really clean my system, get all the goodness or the, the crap out and keep the goodness in.

So I’m debating in my head and I’m, I’m leaning towards, I’m gonna try it. Now, the guy on the TV program, he did 60 days. I don’t know if I’m gonna like starve myself for 60 days. It’s not going to starve myself cause you’re like pumping herself into nutrients, but I’m gonna try to do it for at least a month so that we have enough data because then within a month that’s four different body evils. So that will give us enough data to where we can really look and see if it’s working and see what’s happening and see if I have more energy, see if my bones are feeling better, feel and see if you know, if it’s worth it. Now I might do it two months because the first month will be just to see if we can do it. And we’ll probably the first two weeks because what I’m also trying to do while I’m doing that is optimize my vegetables and fruit mixture throughout the day. So before the workout, we, we mixed these vegetables after the workout, we mix these vegetables before you go to bed and mix these, you get the point, right? So it’s kind of a science experiment as well. So that’s why I’m leaning more to let’s try it, but I’ll keep you posted how I feel throughout the next, what two weeks.