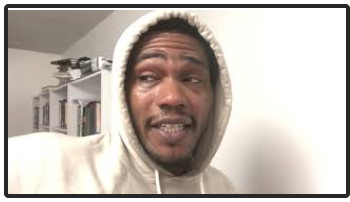 All right. So I got really bored earlier. Well, I had I had two choices, one choice, do nothing and sit around. The second choice I had was get off my butt and do something. So I chose to get off my butt and do something. Now for some reason, today was not easy. Now I’ve remembered yesterday for the last 10 minutes, moved up to six minutes, six miles per hour. Well, today that was not going to happen. I was helping him puffy a little bit, but I did do something this morning that I usually don’t do. Right. And it was smoke cigarette right now while ago years ago, rather I have smoked cigarettes occasionally when I was working out and I could really feel it the next day. Like, and that’s what really got me to stop smoking cigarettes a long time ago. Cause it, it, I could, I could feel it well today.

I could feel it right. I wasn’t trying to go super fast or anything, but I could feel I could really feel it. So now you might not smoke. You might be like, well, Erik, that doesn’t apply to me. Well, it does because why we’re on this journey while we’re doing what we’re doing, revert back just a little bit, right? Whether it’s fatty foods, whether it’s soda, whether I don’t know, you, you put in the blank now while we’re doing this, hopefully you’re not like couch potato and out after, and kind of defeats the purpose. But if you have been kind of changing your diet and changing the way that you’ve been conducting your life, just because you’re feeling healthier and you’re feeling more active, then try to go back a little bit and see what happens. See if you enjoy it. Cause that cigarette today, I was terrible, right?

I mean, yeah, I smoked it, but I running, it was absolutely horrendous. Like I didn’t like it. I like to feel it. I could feel like the burning sensation in my throat and my chest a little bit more so not something I want to do. However, I have more pep in my staff. I, I did this earlier because of the reasons I aforementioned, but yeah. Also kind of running into the well, so got a lot of free time, which makes me think like what the, what was I doing before I was working out for two hours basically every day. Cause I’m over here, like, man, I got more time in the day. I’m bored. All right. But before I started all this, I didn’t even have 10 minutes in the day to workout right now. I’m over here working, like riding the bike for an hour, RIT running for 30 minutes, adding a little bit to my workout, you know, weekly, daily, whatever.

And now I’m like, well in afternoon, excuse me, nighttime. I’m a little bored. Makes me susceptible to being lethargic. My, add another, another exercise or something that night, which is just it’s really mind boggling. It’s mind boggling. Cause I still try to convince myself every day. Well today not really cause I was bored, but on some days I convinced myself that I don’t want to do this. But then if you look at the overall picture, I’m steady trying to figure out how I can add more. All right. It’d be like, well, if I do this and at five o’clock in the afternoon, I might be able to do more. All right. So hopefully you’re feeling the same way. In this kind of, I want to test it with other things. I mean, I know it works because this isn’t like working out. It’s not the only experiment I’ve done with doing like really little small steps.

However, I want to try this with a couple other ideas. So within the next few weeks, mountain months or whatever, whenever I get around to it, I want to try to learn. Cause there’s, I want to spend one hour a day, right? Try and learn new things. And at 10 minutes a day. So it’s six new things. I can only think of one new thing that I don’t already try to learn on a daily basis. Cause it has to be completely different than what I do on a daily basis because I want it to just be 10 minutes. But if it’s like neurology or writing or something else, then that’s cheating because I’m trying to learn that anyways. All right. But it’s like learning a new foreign language. I’m not really trying to do that. So I would have to devote 10 minutes to it per day.

So that’s what I’m having difficulty trying to find six things that are, have nothing to do with what I do on a daily basis to try to learn. So once I figured those six things out, I’ll come to you and then we’re going to go 10 minutes a day for maybe a month and I’ll record the whole hour. And then we’ll see how far we came and one hour a day for a month, but I’m ready to shower. Cause I got a phone call and just met him. I was like enough to shower. So it was great talking to y’all. I hope you guys are still doing great. And talk to you later on.