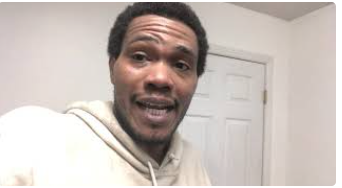 Not very sweaty today there. I don’t know where my verse, where did it honestly. Oh, ain’t going to get easier every day. Doesn’t there’s always going to be days that you just sort of like, man, this. I don’t want to do this. And those are the days, right. That separates winners and losers really. Right. Because growth comes from doing something that you don’t want to do, but you do it anyways. Right? So we use a story right now. My uncle used to say he was bored and that’s why he started picking up the bottle. Well, the beer can, right. And hi, what happens is nine out of 10 because I talked to my biological mom and she told me when he was younger, he didn’t, he was an athlete. So he didn’t drink and smoke. Right. So it’s just like, when, when your first sip of beer, your first cigarette, your first, whatever. It’s not something that you like is gross. All right. You’re the cigarette make a cough. We give you well, and my dad was like, what’s going on drunk? You don’t know what you’re going through. Like, what is this? You might throw up. So it’s something that your body rejects, but you keep doing it anyways. Right? Nobody likes feeling like the next morning. Right? That’s literally one of the worst feelings in the world is a hangover.

So we know a bad result is going to happen, but we still do it anyways. So with here, you have to take the same concept, just the complete inverse of it. Right? So just like drinking in the beginning, it’s gross, but you continue doing it because you think you’re having a good time. And the next day you feel like crap, right? Well, here sucks. It’s not fun, but I keep doing it because just like you get drunk to have a social fun, because I want to feel that high. I want to be able to breathe better. I want to be able to run longer. I want to be able to be on this planet a little bit longer. Right? So the after effects of doing this, something that I don’t like is in theory, what I just said as longer lasting life, a healthier life in the future, if stay healthy then.

And I, and I started sitting there like being around people that also have the same desires and likes that I have opposed to the desires and likes I had in the past, which was negative, negative things, negative, negative circumstances, negative, negative hobbies. There you go. So it’s all with the people you’re around. So a lot of people might not understand like, Oh Eric, you’re by yourself. You’re isolating yourself. Yes, because this, I don’t know what his name is. Some mystic guy. I was watching him. I said, what’s difference between change and transformation. Right? So if I change myself, right, that’s what I’m doing right now. I’m changing something about me, but everything else is staying constant. That’s changed. I’m not looking for change. I’m looking for a bloody transformation to where I want to transform myself from the person I was into the person I want to be.

And the only way that happens, I think I’ve said this before. I don’t know where else I’ve said it, but I’ve said it before, in order to be, to come become the person you want it to be, you have to destroy the person that you are, right. You cannot transform and keep parts of your old self with you. You have to transform everything, right? Because if you keep that negative trait or a negative habit or anything of your past life, right then that gives you an excuse to go back to your past life. For me, I never want to go back. Never want to go back. So I’m transforming my life. I’m changing everything about me because I don’t. Yeah. There were things that I liked in the past, but not enough that I want to say like that. Because when I transformed myself, I’ll warp myself into different things.

I like about myself. Right? The same core of means still going to be there, but I’m going to destroy every way I was thinking. Cause obviously it wasn’t getting me where I wanted to go, where I needed to be. So I needed to shut that way out. Just cut it off. And if that means I got to lose friends, I got to lose family members. I got to lose things. That’s fine. That’s fine. Cause rolling here at one time. Right? So our responsibility to ourselves is to maximize ourselves. And if that means that you have to do it by yourself, well, it’s not like I’m going to be alone forever. And at times it feels like it like earlier today I was sad, depressed, whatever you want to call it. My birthday’s on Sunday. So it’s typical, whatever. But it was all my own personal issues. But the, to just drag myself out of the bed and my pity party, get myself on that treadmill, knowing that it’s 30 minutes and just get myself on there. I didn’t want to run. I started walking for a minute, but then I was like, you know what? Just do it.

But then in the end, another thing happened, it switched. It didn’t happen. It happened literally on the last set, all right. The energy came in, my mentality switched from being a pity party and to let’s do it, man. Now it took me the entire bloody workout to get to that point. Right. But just like, you might have to drink 30 beers to get where you want to be. Sometimes you have to do something that doesn’t taste well or that you don’t like to get. Where you, where are you going to be? I hope that made sense. A little bit of wisdom where we’re still going. I’m not quitting. Hope somebody out there enjoys what I’m saying. Yeah, I’ll talk to y’all later.