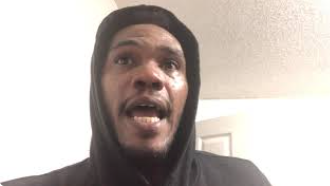 What I ended up doing today. I remember yesterday I raised the time up for, I think it was an extra, like 10 minutes raised the speed. Well, today I think I only ran like eight minutes before I raised the speed. I didn’t raise it quite as much as yesterday. I was at 5.7, but it was faster. And I read, I ran the whole time. No problem. I actually ran a little over. I ran, I ran three miles a day.

So That was that was nice running. I got a message. I’m sorry. Distractions. I hate distractions, but I, yeah, like I said, I ran three miles before I ran backwards. What I’ve noticed is, you know, everything’s an experiment you got to test every single day. You got to figure out what works best for you. What works best in this situation? What works best in that situation? What works best in every situation. Right? So with that being said, I’m consistently testing different videos and different perspectives to watch while I’m running on the bicycle. It’s easier. Cause it’s well, no, it’s not because this morning I was going to watch a Google talk, but within three minutes I wasn’t feeling it. Right. It wasn’t, it wasn’t captivating my imagination. Right. So when you’re doing this, because what it, when you’re enjoying yourself time flies, when you’re not enjoying yourself, time goes by slow, right?

So while you were doing this, always have don’t don’t ever have like useless stuff and less it’s for a time-based reason. Right? So when I run backwards, I listened to basically the same song. Then when I’m doing my sets, I’m listening to some music, but when I’m, and during the bulk of everything, the running and the cycling I’m listening to something inspirational, something, motivational, something where I can learn something. So, cause just imagine the amount, if you do this even for one week and you ride the bike for seven hours for an hour every day, that’s seven hours. And especially if you do something that has to do with education-based, that’s almost like seven hours worth of school. Right. So if you’re like, I don’t have time for college or any of this kind of stuff. Well, if you just ride the bike for hours, basically, you’re going to be going to school more than you would actually be going to school.

Right. You’re still learning same thing with running. So 30 minutes, every day, three and a half hours of learning. Right. There’s nothing, there’s nothing wrong with that. I got my first couple of juicing books. So next week we’ll be looking to further in journey, I think. Cause you know I like to start everything new on Monday and today’s Monday. I don’t have the juice of yet. So we’re going to wait all the way till next Monday. And then we’re going to start juicing. We’re going to cut all food out and everything. We’re just going to juice for a month to test and experiment with different vegetables and see what happens. This year I’ll probably have a garden, so we’ll, that’ll be a whole different series, whatever. Cause if I enjoy the juicing I’m stingy, so I’ll just grow a garden and, and instead of paying a dollar per cucumber, I can have like 30 of them in a day by planting a 10 cent seed. Right. So maybe I’m not saying just economical.

I’m trying to think of any house, house cleaning issues. None really everything’s feeling good. Today was a pretty easy day. Arms Are a little tired after the workout, but that’s, that’s, that’s given, I’m thinking probably in another, another week or two for raise the weight. Maybe like I said, at the end of this month, I want to add like implement something else to the workout. But before I do all that, I want to kind of see, tastes like tests the juicing first. So we’ll see how that goes. And then we proceed. Keep this mess, this video short and I’ll talk to you later on.