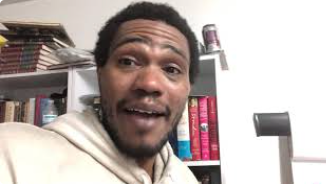 Gotcha. My juicer today, I’m not going to make a video and show you just because it’s in the box. That’s next week, right? Got a tomato plant and three different little lettuce plants. They already are our plants. I bought them already done. So I don’t have to grow them with the theory that wants to start juicing. Then my $30 that I spend on these, basically three plants will pay for themselves. Eventually tomatoes are kind of expensive at the store, but I can get them for free. And I’m going to, once I got to get my tractor fixed, once I get my tractor fixed, I’ll probably plow up a little plot of land and start growing vegetables. Before I had not been lazy with it, I’d never really saw the point cause I wouldn’t be able to eat all the vegetables, but now I got my little juicing machine.

It gives a rebirth for having a garden because I don’t know if you’ve ever had a garden. If you’re one person you really only need like maybe two tomato plant, two of each plant, two of each plant. And you’re good. And now with this juicing thing, and they’re, they’re signer, they’re saying that, you know put aside $14 a day for the vegetables and everything. Well at our cucumber at 60 cents. And I mean, I had to throw half of them away. There’s I had too many give, trying to give them away. Most of them just went to mother nature cause I couldn’t keep them fast enough. It was, there were just too many coming out. So now I’m like now my my frugalness is coming to work in, in my favor. So me being frugal and like, you know what? I don’t need to spend any money buying vegetables.

I’ll just grow them. If I knew somebody that had food stamps, I would just buy the food stamps for 50% off and then I’d get my vegetable plants for 50% off. Cause you can get seeds with food stamps. But I’m not that cheap, right? Well, I am, but I just don’t really want to have food stamps. So I’m gonna go ahead and pay the whopping, maybe $5 for some tomato. See, I’m just going to go, you know, I’m gonna put them all there, see what happens. So the worst that can happen, nothing. Cause I’m just going to grind them up and drink them. So I am a little excited. I’m not going to lie. I’m actually, I’m really excited about it. This should be a new project. Something, some that eyes it’s kind of like a venture. We’re starting next week.

What I’m also gonna do. I’m gonna raise five pounds on my curls and everything. Starting probably next week. I might do one more week at what it’s at, but starting next week I’m doing I’m gonna do four sets of pushups in the morning. I’m doing two right now, but I can amp that up. I’m not really tired at all. So that means I’m going to amp up my, my sit-ups as well. Eventually we’re going to try to get up to, you know, hundreds of sit-ups, but you know, we’re, we’re probably trying to get up to a hundred right now and what we’ll try and get up to three to four sets of pushups in the morning, you know, just 10, we’re doing 20 sit-ups 10 pushups. That seems fair. Well, not that it seems fair. It seems like something I can commit to doing because in everything that you do, there’s no point if you make all these goals, dreams, aspirations, if you’re not going to commit to doing it right.

So quick story, and then I’m going, I’m going to take a shower. This could be literally anyone. Any person I, I talked to it’s, it’s different story, but it’s the same song and dance spend hours upon hours communicating with this person by come up with a full plan. Now, back in the old times, I would go full fledge on the plan and invest everything. And then to realize later that they would never get anything done when their part, right? So it’s the same thing in this situation that we have hours upon hours upon hours of communications, how had a plan set in stone sounded great. I was all excited about it. And lo and behold, the other person doesn’t hold up their end of the bargain, right? So I say that to say this every dream aspiration goal, whatever it is that you have, you have to show up, you have to hold your end of the bargain because all right, with somebody else, I’m negotiating with somebody else.

I can’t control that, right? I can’t control whether they do something or if they don’t do it. But when you make a negotiation with yourself and you make a commitment with yourself, it’s almost imperative that you keep your word, right? You have to keep your own word. So if something’s a goal, a dream aspiration, it shouldn’t matter how hard it gets. Now. There’s going to be hard days for me. Some days you’re extra lazy. And there’s some days that you shouldn’t be extra motivated. I mean our emotions, right? We’re in motion. So we’re going to feel different things, but the end of the day always accomplish more than you did yesterday. Right? You have to, if you have a goal, a dream aspiration, whatever it is and you commit to it, you have to commit to it and you have to do it right. Commitment and doing are two different things.

And that’s what most people get the problem. And I want to, I really want to point this out. I can, depending on, on the song and I’m not talking about long song, it takes about four or five minutes, right? For me to do a set of pushups, set push-ups curls, a little bit of shoulders and then above the head, right? Drink a little mini water bottle and then do another set. And just like right now, I turn the song off. The song was still playing and I was already done. So if you cannot commit that much time to yourself, I want to hear it. One just don’t don’t bother me. Cause I mean, that’s just pitiful. You can’t commit a song. Excuse my French. Then I don’t want you anywhere around me. Cause you sure as hell are not going to commit to anything I’m trying to do. All right. Can I take a shower now?