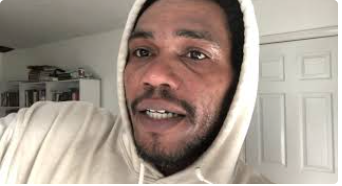 I’m a little tired, but it was a good day. I I can’t lie. During running backwards, I had to slow down and basically walked backwards. Usually I would be complaining about that, but I understand, and the reason why my legs were really soft and Delaware today if you’ve been paying attention the last few days I’ve been increasing the speed. Well, today I increased, I increased the speed, but that’s not. I increased it to where I basically ran three miles in my 30 minutes, which is the fastest I’ve ran this morning or today since really getting into 30 minutes a day. So after it’s, it makes sense to me, cause I was running out of Heil, a higher speed that my legs running backwards, just they were, they were just yelling and screaming at me and yellowy and I kept kind of stumbling.

Even when I was walking backwards, I kept kind of stumbling a little bit. So I still did it, but I wasn’t a, I wasn’t a champion. Let’s say I doing it. I was more of a no Novus or a rookie. In the morning times, bike riding is getting easy. You hear it first right here. I’m trying to learn some Chinese. I see Chinese is, is almost a muscle language for the future. So what I’m going to try, I’m going to, this is something new. I’m gonna try it the morning time. Since I’m watching a program anyways, I’m going to take 10 minutes out of my day and have a Chinese lesson video. And then if I get so inclined and motivated and we’ll do the same thing when I’m running. So for a quick 10 minutes, that’s it. So it’ll be 20 minutes a day.

I’m going to start doing that for this entire month. And then I might have a motivation to partake in it in a different scene, but we’re going with the whole 10 minutes. Change your life. So you out there and wherever you are, I advise you to test the same thing, right? If you’ve been, if you’ve lasted this long with me and you’re still doing this and you’re still religiously trying to change your life and do something better for yourself, then take the same knowledge as we’ve learned through this and apply it to something different. Right? And see if it, if it has the same I mean, I know it will cause this isn’t the first thing I’ve tried it with, but just to kind of prove to yourself that takes something so small and then consistently do that every day, every day, every day until a little bit you’re trained in your head, you get into a nap and not the NOLA, the, the autonomous part of your brain, you know, the reptilian part.

And you’re basically just training in your subconscious to want to learn a new, it could be Russian. It could be Spanish, French, whatever it doesn’t matter. But today is body evil, Dave. So I don’t want to take up too much time, but yeah, starting next week. It’s Wednesday right now, starting next week, we will be going through and starting my beautiful juicy machine. So I’m really looking forward to that. Looking forward to see what, like, especially the first week I want to see like how, how does my body feel after the first week? I’m excited about that. So I’ll talk to you later. Talk to you tomorrow. Come on over to the body eval.