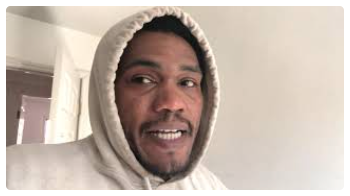 Another nice day outside. I I’m, I’m almost convinced it’s, it’s not, has nothing to do with, I’ve been doing this for basically two months now. I think the extra energy is coming because it’s warm and it’s not gloomy and raining outside because what, this is two days now, after working out, I have a little bit of energy. I listened to, I finished this little song I’m doing you know, bounce around, whatever. If it continues to happen, we have rain for the next like four or five days. I think, you know, whether it changes every five minutes, but we will have, we have rain coming up. We’ll test it. If, if I’m feeling all the way better and ready, then we’re going to add a little bit, you know, add something else to the workout. Today’s the last Thursday of February tomorrow.

We’ll be the last Friday of February. Yeah, we’ll be going from there. There should be, it should be interesting. It should be fun. Remember next month we’re going to be working more on nutrition to see, cause now, you know, we got this ingrained in our, excuse me, in our body to where we’re working out consistently. You know, we feel good after we work out. It’s still a pain in the butt to get on the treadmill, but there I’m just almost accepting the fact that I don’t want to do it. So, I mean once you accept the fact, you don’t want to do something, you’re just going to do it anyways. Right? Bike ride in the mornings, easy it’s it’s literally sitting down. So I guess it requires less energy, but I burn more calories, whatever. So next, next week starts the starts at the beginning of March.

So we’re gonna really try to start working on nutrition, which means I’m going to try it. It’s probably not gonna be the 1st of March, but it’s going to be early March and we’ll get a juicer and we’re going to just start cleansing our body while we’re working out. And for that, we’re probably I’ll get on the scale and kinda see if my weight drops significantly. And if we can see it through the weeklies, cause we have four, you have four opportunities. We’re going to see the weight loss. If it happens, if it doesn’t happen. So I’m excited about that. That should be fun. Other than that, like

Syncing myself more from other people, not in a negative way, but in a, a positive for me way. So after what this last weekend for my birthday and not, I think my birthday, hopefully rather, hopefully not. I think hopefully my birthday was a wake up call and it was just enough is enough. Right? If, cause I always say that if they’re not trying to benefit me, then they don’t need to be in my life. So it doesn’t matter how good of people they are. If they’re not, I have a goal I’m trying to get healthy. I’m trying to not smoke cigarettes. I’m trying to cut down my alcohol. I’m trying to work on my finances. I’m trying to better myself all around as a person. So if I associate with people that don’t want that, there’s no possible way I’m going to achieve what I want to achieve, because what, where does the average of the, of the people we hang out with?

So even though I might be a high achiever and everyone else is a medium to low achiever, if I associate with these people and I hang and I’m around them, then it’s going to lower my level of achievement just because I’m not around other high achievers. Right. So just my presence around them drops my achievement level, not to their level obviously, but it’s an average of the two of ours. Does that make sense? So that’s why you need to be around other people that try to push themselves every day to achieve more every day. Because I mean, yeah. Literally try to find people who achieve more than you, because if it’s the average of the people who were around, then if you’re already a high achiever and you’re around somebody that’s even a higher achiever than you then average the two of y’all and y’all gonna, and it’s gonna increase your achievement score. Right. So videos kind of get along. I’m gonna cut it right there, but yeah, man, just push yourself every day. If you’re doing this again, Pat yourself on the back way to go.