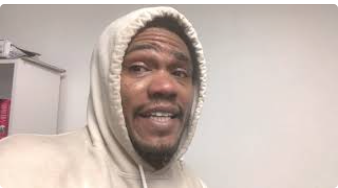 So it’s a little darker right now. I started way late today was just a miserable day. It was raining. It’s cold. So as we were talking the last couple of days, does the weather have something to do with my attitude? And after today I’m conclusive that yes, the weather has a huge, massive effect on my attitude. I didn’t like it’s cold. It’s I mean, it’s raining right now.

It’s miserable. Right? So I, I, I mean, I was lazy all day and I mean, this morning I got up, I rode the bike, did all that kind of good stuff, but I was really just lethargic and lazy all day. But here’s the thing that was interesting. Now I was already convincing myself that I was going to run a few minutes, you know, 10 minutes or whatever, and get off. And you have some type of excuse, which to date. I’ve only done that one time and it was on my birthday. Right. Which just makes it seem that much worse. However, I have not sabotaged myself. I have ran the amount of time that I’m supposed to every single day, but that one time, but what I want to talk about today is something that something pretty interesting happened today. I got it. I actually enjoyed it. I got it. Most of the time, like, okay, who started with the one little episodes that were 30 minutes, a piece that got quite boring because kind of like, it was the same thing over and over and over again. So then I’ve been trying to just, you know, find whatever motivational speech or whatever I can find to get me going. Right. I’m trying to not have the light right. In your eyes.

But today I found,

So today, you know, I was on my typical just kind of find something motivational to listen to. And I’m kind of breaking things up, you know, here’s the little 10 minutes, a little five minutes, a little 15 minute videos and things. But today I don’t, I honestly don’t even know how this happened because I was watching my little short video. Then I watched a different little, 10 minute video. Nothing, nothing like important. It might’ve been a little bit longer. I thought it was 10 minutes, but then I picked like a, a good 17, 16 minute video. That was really interesting. And so the whole time I’m, I’m learning something and it’s dark. Right. You can kind of see, well, you can’t really see, you can see my notes. You can kind of see outside a little bit. It’s it’s dark. So I couldn’t see the time on the treadmill.

So what ended up happening? I couldn’t, I literally could not see the time. So I just kept running and the program was over. And I cause like, you know, I don’t think it’s time yet. So I picked another program and you know, about eight minutes into that. I was like, man happened running for quite some time, man. I like, I started getting tired. Right. And usually I don’t get, I mean, I get tired cause it’s, I mean, normal. I’m not, I’m not super human yet, but I looked down and I had, I’d ran for like 36, 37 minutes. Right. Seven minutes more than what I was typically running. And I went onto the treadmill anticipating that I was going to get off like sooner than later. Cause I was lazy. I didn’t feel like running so a day that I figured that I was going to be lazy.

I couldn’t see the time. Right. Would save date. I seen the time, then I’d be convincing myself. It’s about time to get off. All right. I’m tired. I would have convinced myself. I was tired this time. I didn’t commit to myself. I was tired. I actually got a little tired and I was like, well, what’s going on man? Like, cause this is, I’ve been on this bad boy for quite some time. And it turns out I was on there longer. So after running backwards, I was on there for 41 minutes, which was the longest I’ve ever been on the treadmill. I’m not saying it’s it’s, I’m not, not Superman. It’s, it’s not huge, but it’s a big deal to me because let’s remember, it’s still February. We started this in January 5th at 10 minutes a day. So if you want to see exponential growth in your health, the way you feel, then you really need to listen and schedule 10 minutes a day for yourself to just get started. And then you’ll see exponential growth in whatever it is that you do. So on that note, I’m dripping sweat everywhere. And I’m going to take a shower. So talk to you later.