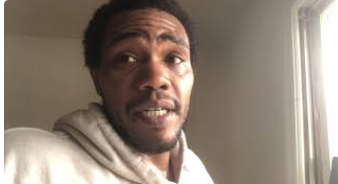 I will say this though. I remembered yesterday. I was saying, I couldn’t see how long I was running. So without the ability to see how far I was running and how much time I ended up running a lot, lot further, more time. Well, I could see today and it seemed like every 30 seconds, obviously it wasn’t 30 seconds, but it seemed like every 30 seconds I was, I was checking my phone and, and seeing the time and, and really trying to time went by really slow today. It was easy. I sped up the time to basically almost six miles per hour with like 18 minutes in. So for what, 12 minutes, I ran almost six miles an hour.

Yeah, the pushups and, and everything else, they’re doing good. We got today or what we really got tomorrow. And then we’re in a new territory. We’re in we’re in, in March would be the third month, which we’re going to be focusing more on nutrition. I haven’t done the four sets like I was supposed to I might start that Monday. I’m not really a hundred percent sure.

Because before the workout, it’s all, I’m actually really tired before the workout. I, before I get my juices flowing and I’m a little tired, which I have plenty of energy after the bike ride when I do my sit-ups. So I might sneak in two sets of pushups then, and continuously do the afternoon workout. So it won’t count, but I’ll be technically thrown two sets of pushups. And so I that’s a good idea. I’ll probably do that because then sit-ups, push-ups, sit-ups push-ups I can probably do that. Cause my, my, my, my body’s warm and in the morning I got plenty of extra energy. So I think I’ll do that, but I’m a hop in the shower feeling good. I hope you’re with me still. And have a great day.