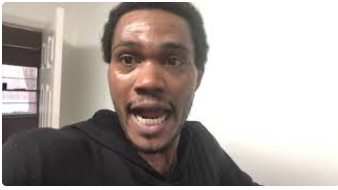 I feel great today. I can feel the like, I, I today’s the first day I actually feel the build. Yeah. Right. Muscles are tired, but it’s a different kind of tired. It’s a, I can feel it too. It’s it’s I’m, I’m building tired opposed to, Oh man, this is hard, tired, right? I don’t like right now, I’m not tired. I feel that that good kind of sore running backwards, not that’s a different story that was miserable.

I’m feeling it more in my legs. It’s Which is good, which is really good, which I’m also feeling like my legs are starting to, to build as well. They’re tired. Right. But especially, don’t forget, I’m still riding an hour in the morning times. Right? So that’s affecting me. I’m still drinking water, but the amount that I’m sweating on, not I needed to drink more water. Cause I’m still thirsty, but I will say things are going well, the, the running, the constantly drinking water, the bicycle, my stomach, like doing the sit-ups. We’ll we’ll see again, come Wednesday. Mind you it’s Saturday. And I’m already like, yeah, I can feel, I feel like I’m getting better, which usually I’m like, yeah, I’m not getting any better at all,

But I’m starting to feel a difference. Right. And so that’s what we’re looking for. I mean, mind you, it took, you took me almost eight weeks to finally start feeling a difference, but I mean, I’ve been doing a difference mind. Don’t don’t think that there hasn’t been a difference. There’s been like exponential growth, but I was kind of complaining in the back of my head. Like I’m not really seeing or feeling the results, but now I can, I can honestly say like I’m feeling the results, which is fun and interesting. And it’s motivating. So I’m gonna keep it kind of short just because I’m a little tired and I’m thirsty and a little hungry. But in his later in the day I had meetings all morning. So yeah. Talk to you guys later. Stay up, keep it going prior to y’all and talk to you later. Oh, about the whole juicing next month in March. I might have to put that off. I am. I might have a surprise for everybody where I might have to go on a trip. I’m not going to say anything until I get there, cause I might not go, but I might have to put the juicing off for at least another month. All right. Talk to you later.