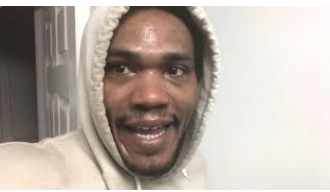 Hi. So if you remember yesterday, it was a complete failure. I had a headache, it was miserable and I cheated myself. Right. Well, I cheated everybody to you. Y’all treated myself all because I didn’t make responsible decisions the night before my birthday. Right. And what’s even more frustrating that I had to screw all the way up on my birthday. Right. So we just checked that as a bad, a bad birthday. However, today, getting on the treadmill was difficult. Like I literally was still recovering from two days ago. So that gives me more motivation. Or maybe I just need to disassociate myself with certain people. Because if my dreams, my goals, my desires are different than someone else’s. Then it’s all about the influence game. Now I’m pretty good at that game, but I don’t always win it all the time. Saturday night I didn’t lose the influence game.

And for two days yesterday and today I was paying the price, right? So that’s the importance of an influence game. You have to, if you’re trying to change your life or rather, if you’re trying to transform yourself, transform your life, you have to pay attention to the influence game. And you can only associate yourself with the influence that you personally want. Cause if it’s a negative influence or if it’s counter what you’re trying to do for yourself, then you’re never going to reach where you need to reach, period. You never will because there’s too much time that you’re not in charge of your own influence game. However, I felt great today. Like I said, it took me it’s six o’clock right now. It took me all the way to get on the treadmill. Woke up late, had no desire to get out of the bed.

It took me a while to get onto the bike. It’s still real for my 20 miles, but I just didn’t have the energy, man. I I’m not gonna lie. I, I went to the store right before this and I guzzled an energy drink. Cause I couldn’t get out of bed. I was just lethargic and literally lists like, Oh, just still recovering. So how to do that. But once, once I finally got on a treadmill and I think it was probably about 12 minutes in, then all my tiredness, all my like negativity, negative influence on me, just dissipated. And like, I became fine and I ran actually ran a little bit longer like 32 minutes. Not, I mean nothing to really write home about. I think it was 35 minutes just because was watching something that was really interesting. And then, you know, ran my backwards, did my pushups and, and the second part of the workout, which all worked out perfectly.

And yeah. So yeah. Remember sometimes when we’re transforming ourselves, we’re going to revert back to negative to negativity. Right. And you have to understand that’s a part of it as a part of growing, right? So if it’s you trying to change your diet, there’s going to be a time that you revert back in, eat some cookies or some chips or whatever it is. Don’t let that destroy. You understand exactly what it is. It’s a quick minor failure. Just like yesterday, yesterday, it was a quick minor failure. It reminds me of myself because the other thing that’s been going on is my neighbor keeps coming over and smoking cigarettes with me. Right. I, and for if we all know, I I’ve been working on not smoking cigarettes. I haven’t rolled a Rollie since we started like a roll-up cigarettes since we started this. But then the more I was smoking with him, I noticed one thing.

I woke up one morning and I wanted a cigarette. I haven’t wanted one for a month and a half. Why did I want one? Because he keeps coming over and he’s throwing that habit in me throwing the habit in me. I don’t even smoke the whole thing. I think I’m gross. But then that Kickstarter, that habit started coming again. So I might have to disassociate myself with this person all the way, because what they want and what I like one or two completely different things in life. I’m trying to run every day and you’re trying to come over and bring me a cigarette. What type of friend are you? Right. So when you think about this and, and you can relate that story to something in your life, if you’re trying to transform your life and you have somebody that’s constantly feeding you, something like counter you, transforming your life, you need to look in the mirror and ask yourself what type of friend is that? Cause that’s not really a type of friend I want, I don’t know about you, but but got to go take a shower, hot sweaty in my army and old tire. All right. Talk to you later.