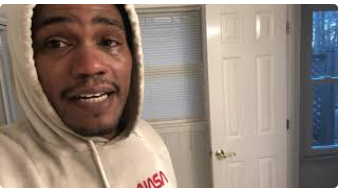 The run, I started off at five miles per hour. Just kind of warm my body up. I didn’t have the intention of running by like after day I more had the intention of just kind of warming my body up and then speeding up. So like incrementally, incrementally getting faster. So I started at five, then about five minutes into it. I went up to six and then probably about 11 minutes. I switched up to seven miles per hour and then ran there, well ran to the 20 minutes, but I ended up getting to two miles in 19 minutes today. So progress over perfection, still not like perfect. Obviously I want to run faster and faster and faster, but you know, pro again, progress over perfection. The after fact I drank a little bit too much water. Like I drank before I ran, which sometimes it was a good idea, but today it wasn’t it made me a little bit bloated, so

Well, I ate too. I think that’s part of the reason. There’s a reason why you don’t really eat before Work out. And this is the reason and it just makes you slower heavier and your son was kinda like, ah, right. So, but the after second, the secondary part of workout, I mean, it’s getting easier and easier, which is exactly what we want to see. Today’s Sunday, super bowl Sunday, tomorrow starts a new week for us. What we’re going to do next or starting tomorrow. Again, we’re just, we’re really gonna focus on to speeding up on the treadmill. Go one more week with the weight right here at, at what it is right now, just to really see, make sure that we got it set. You know what I mean? Cause again, we don’t want to do anything that will deter us from doing it. Cause we already have our biggest enemy, which is our mind who’s working against us and trying to convince us not to do it.

So we don’t want to give our mind any leeway. So if it’s too hard, we don’t want to do it. So I might test a little bit on like towards the later, towards the end of the week to see if we add set three, see what happens. If I feel really easy, then we’ll go all the way through. But if not, then I might just do it one day and then give myself another little bit of a break just to recoup one more week. But by the end, by this time, next week, we’re really to really have to push ourselves and try to be on three sets just because those will be the 14th. And that gives us two weeks left for us to try to get to step or to set four. But remember our focus is trying to get faster on a treadmill, right. And then probably in like week or so, we’ll start worrying about breakfast and other kinds of foods. The sit-ups were pretty easy this morning running or riding the bike for an hour. That was fun. Watch something I got To go back to, I was watching kind of like, you know, YouTube Burp was not coming out.

Oh, that’s terrible. That’s why you don’t eat before or I don’t eat before you work out. Horrible idea. But what was I saying? Oh yeah. I think I’m going to go back to just straight education in, in the morning times and, and just to sharpen my Sol and sharpen my skills. I just think it’s like, I feel like I’m more productive by doing that. Yeah. It’s cool. I’m watching other things, but it’s YouTube is kind of getting monotonous. Like I I’m kind of searching and it’s kind of the same stories told a different way. Right. So, I mean, I even signed out of my account with YouTube so that I wouldn’t give me the same videos over and over again. But even now my account that isn’t supposed to know exactly what I’m looking for now, all every video is just cussing to me, which is really annoying because I can’t find anything else because YouTube just throws everything in front of me. Right. It’s literally the same story over and over and over again. But I’m hopping shower. That’s the sun going down. It’s like six o’clock right now, but yeah, have a good one.