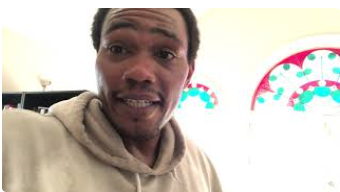 So that was good day, Gus two miles in 18 and a half minutes. So we’re set off another 30 seconds. I wasn’t trying to do that. Right. Literally my intention was to not be faster than yesterday, because what happens now is every day I want to be like, you know what? I can do faster. Right? Which if you take the class, if you read the book, I kind of turns me into being innovative, which when I’m not trying to be as innovative right now, I’m trying to just get better slowly but surely. All right. And so what happens is let’s say tomorrow I get on treadmill then with eight, I was like, if I see I can do it, what do you think I’m going to do? You know, competition and determination to be better and to win is going to beat all common sense of just, you know what, it’s fine.

You don’t have to be better every day. It’s almost impossible to be better every day, because there’s going to be a point in time that I’m going to lose, and that was gonna frustrate me. But whatever, you know, push yourself. I mean, there’s nothing really wrong with pushing yourself to the limit as long as you do it in a structured manner, right? If we try to push ourselves with the extra pushups and everything every day and it’s counterproductive, but maybe I shouldn’t try to shed 30 seconds a day, right? Maybe it just maybe three seconds a day, one second, a day, two seconds a day. That’s a more manageable goal than trying to beat myself by 30 seconds every day. If that makes sense.

Go ahead. The last set on push-ups I was a little tired. But not, I think I really do. I think a lot of it has to do with, again, I try to outdo myself on the treadmill, which are not realizing how much like immediate energy I’m extending to do that. Right. So, because if you think before I went straight from running to like running forward to her new backward without a stop. Now that I’ve been trying to beat my, my 20 minute or two miles in 20 minutes, now I have to do like a one to two minute calm down before I run backwards. And then when I run backwards, my legs are really mushy, right? Like I almost fell again today, almost tripped myself and I wasn’t even running fast. Just my lecturer, like screaming at me like, ah, they’re burning. Right? So as much as I’m trying to beat myself, it is, it is having affects other things. Cause it’s, it’s making me tired. My legs are actually sore around the gluteus Maximus, your butt. Right. and I was sweating. I, well, I had to take this top part off cause I was so hot when I was running. But another today’s another, like, what is this?

So I don’t know what’s going on with the treadmill. For some reason, one, it keeps moving backwards. Let me show you. So you see them walk them out. So I started off every day with a treadmill, like a little bit, almost like right here. And then by the end of it, all you seen where it was have 25 pound weights and it didn’t stop. What, it wouldn’t really matter if it wasn’t tearing my, my floor ups, which is frustrating. So back to the drawing board kind of had to figure out what I got to do to not destroy my, my, my floor when I’m trying to get in shape. But other than that, keep it going. We probably got one more week of set, two sets, maybe hold, like I said yesterday, towards the end of the week, we’ll try to implement three, get us, get our warmed up.

So come Monday morning a week from the day we’re already getting three sets, excuse me. But yeah. Keep it going. Hope you’re feeling better. Hopefully your lungs are expanding. Hopefully if you’re trying to stop smoking cigarettes or whatever vice that you might have, hopefully this is helping you because you, at least for me, I’m having less and less desire to take my advice. And it’s just because every everything I put into my body I’m feeling it the next day. So might as well put healthy things in there to try to, you know, feel better the next day, opposed to feeling worse. Right. So have a good one. Talk to you later.