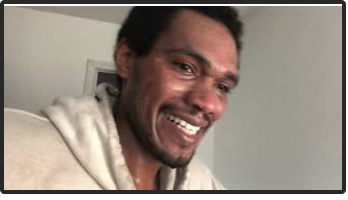 Ladies and gentlemen, how are you guys doing? Hope you guys are doing all right. Oh no. I just don’t feel like I’m having any strength. Like, all right. Before last week, every other day, I’ve been saying, you know, it’s getting easier. These last few days, way harder, a lot harder. I’m barely able to finish a workout. I’m running is much difficult. It feels like I’m running uphill whole way. I’ve given this nothing but vegetable water. I try. I’m not seeing any kind of effect, like benefit effect at all. I’m seeing nothing but negative effects. I understand. They’re like, well, give it time. How much time am I supposed to do? Just sit here and do nothing with myself. So I was like pretty high on my optimal level. Like if we said 10 out of 10 is perfect optimal. I was probably about like a seven and a half eight.

Now I’m like a three. So that’s a huge drop, a catastrophic drop to where I’m not quite sure if this is a good idea. Even for me to continue, I get eaten vegetables and all that kind of stuff. That, that was great. I’ll still grind, vegetables up and grinds and water. But I think I need food too. Cause I mean, what earlier this morning I drank whatever I drank and I was out of commission for two hours. Couldn’t like, it was just terrible. Right? If I had just drank my coffee and my sugar, I wouldn’t have been out of commission and I would have ate breakfast and I would have done everything. And I would have like, had more desire to work. Since I’ve been doing this, I’ve had zero desire to work and I know they’re like, we’ll fight through it, fight through it.

What’s the point of fighting through something when I was already more productive, like I figured I was productive as 10 people right now. I’m not even as productive as one. So that’s a huge, drastic change. And the reason I’m going into it a lot is this is not working for my body. It is taking away from progression. I want to try it one more night and one more day. But then the other half of me was like, man, get back to normal. You got work to do. This is fun to do. Maybe when, when you, you already have all your goals accomplished, but when you’re in a goal mode trying to change everything and to do this, I don’t think it’s working. Cause I’m, I’m now I’m hungry all the time, but it’s a structured, hungry. This hunger is like dire. I need food.

I can’t focus on anything else, but food, right? That’s not the hunger that I want. If that makes sense. Now, riding a bike. And the other part that this is the other thing that’s concerning. That’s why I keep mentioning it right now is I’m really tight. All right. I stretch all time. But last couple of days, it doesn’t feel like I’m getting the protein maybe. And so my muscles and everything are tightening up. They’re really sore and not good. So I’m going to think while I’m in the shower, I might cut the juicing exercise short. I did three days, whatever. I’m still going to create juice for myself, but I’m going to want to take it as serious as I was. I need, I think food is just as good. I mean, I’ll give me, I love fruit. So I think I’m still gonna eat, like drink my juice, but I think I need to put food with it.