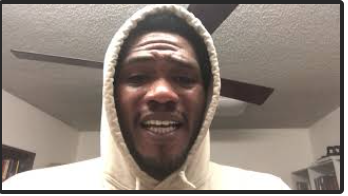 Today, Like I was telling you all yesterday, I felt like just going on the straight vegetable water diet was counterproductive. So I ate food yesterday. And this end today, excuse me, I was still juicing. I still do this morning as you can watch that video if you want to. But today, like all my energy, I was more productive today than it seems like in awhile. I woke up this morning on time. I was able to focus during work. I got more done today than normal. I still drank my juice, like I said, but the whole starving myself, I just, I, it just wasn’t productive. All I could think about was how hungry I was right after I put the food in my system, a world of change. Now, now that I know that now I’m looking at it. Okay, well, the vegetables juice, or this morning kind of w the fruit vegetable juice was better than coffee.

So we’re going to continue to try that kind of perfect, that, that concoction, I had an energy drink mid day. So we’re probably going to try to think of some other kind of more natural, immediate energy drink. Because what I noticed when I tied the energy drink, it was immediate. I had energy. So if I’m trying to supplement that, I needed to find something that I make that immediately, I have energy, right? Not an hour or two hours tomorrow, next year, or whatever it needs to be instantaneous. So that’s a new strategy on that at nighttime, we’re going to try to, you know, drink more greens lettuces, as it says, it’s a sleep aid. So I’m going to try to do more greens and maybe some spinach or something. Well tonight probably not spinach, but because I don’t have any, but it’s just more greens to try to help me get to sleep better, sleep, sleep, more soundly. The sleep aid, obviously let’s get back to working out, felt great. I beat the time today. All right. If you remember, we’re trying to three miles 30 minutes. So I ended up starting probably like 10 to 12 minutes in the five, five minute, five mile per hour. So, you know, if you’re under six miles, then you’re not going to hit three miles in 30 minutes. Cause at six miles per hour, you’re as 10 miles or 10 miles per hour, right?

Yeah. So, or six miles per hour. And so it’s 10 in one hour, you’re going to run, you know what I mean? I’m tired, you know what I mean? So it takes you 10 minutes to run one mile, right? So in one hour you have run six miles, boom. There was sorry about that brain fart. All right. So if you’re six, you’re not going to run three miles. So I started off like under six, basically at five, but I was able to climb my way back and beat the clock. So it was kind of fun at the end. I even, I ended up speeding myself all the way up to eight, just because, I mean, it was a race. It was, I beat the car clock by 15 seconds. So like I said, it was, it was pretty close. I had to like really speed myself up.

Cause they didn’t know if I was going to make it right. So I went from like seven to eight in the last minute. But yeah, it felt great. The work, the after workout, the you know, the weights and pushups and things super easy, not a problem even it’s, it’s crazy like the soreness. I don’t know if you remember yesterday, I was kind of complaining that my muscles were sore. It’s just, I wasn’t feeling like it’s just something’s wrong with my body. Well, today all that gone muscles are fine. The workout was pretty easy. It wasn’t as hard as it was yesterday, which, and I still have energy and I ran harder today than I did last few days. So we’re going to take a mental note of that. Pay attention to that. Like figure out again, I’m gonna reiterate, we’re gonna, we’re gonna keep experimenting until we find the perfect concoction for everything because the whole straight vegetable water is not working, but adding vegetable water seems like it did a little bit good for me just by shooting the nutrients.

So we’re going to try to implement some food, some, some more meat products. We’re probably next week, we’re gonna start the Erik Johnson old workout routine, like after workout routine, which consists of eating some food and Apple cider vinegar and some, some way milk. Cause I want some more protein on, I’m going to start bulking up a little bit, get a little bigger, starting to warm up into summertime. We’ve been doing cardio for awhile, feeling kind of good. It’s kind, kinda start adding more workouts because I still have, you know, it was just kind of start adding the legs and where to start adding the legs. I need some more protein, so I don’t get sore. So with that being said, I’m gonna take a shower and I’ll talk to you guys later on.