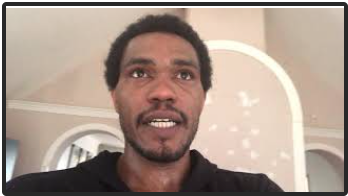 Today was good day. We’re getting warmer and warmer outside, which is nice. And it’s getting darker. It’s getting dark later. We just had daylight savings. So he’s from four this morning. It’s March 14th excuse me, bike rides, no challenge at all. Doing pushups are getting easier and easier, especially in the morning times or in the morning. I still haven’t raised the reps or the sets, but we’ll do that. I’m not really, I’m not concerned about it as much as, as much as maybe I should be. I just it’s the morning time. I’ll slowly but surely get into it. I’ve got two more weeks of this month. Come April. I’m going to start working on kind of like more muscle development. We’ve been doing a lot of, I kind of cardio and just kind of muscle introduction, right?

Well, no, no, no. April. We need to do start introducing our legs. So April, we’re going to start introducing our legs to maybe do a song. I set a squat starting off with, till we can work ourselves up to three kind of the same work on the other leg machine work on, you know, our quads and our hammies. Just maybe do a set of those to kind of same thing work our way up to doing three sets. Just kind of build strength in our legs. Tone ourselves up a little bit. And then depending if April goes, well, then may we’ll start trying to do muscle development. So then our entire body will be claimed or reacclimated whatever with working out. So then we can kind of move up to less beginner and more intermediate to advanced housecleaning, nothing much. Next week we started another week or we starting I start fresh next or tomorrow’s Monday.

I’d have to say we just kind of maintain where we’re at still experiment with the different juices to kind of try to find the optimal level for me. So if you haven’t been checking out on that, go over there, look at, check out those videos. I would say raise the time on the bike and the car and the treadmill, but I have a feeling if we keep raising the time, then we won’t raise it difficult. The, the level of difficult I don’t. Well, however you want to say it. So I think this upcoming week we where we are, but then the last week of March, cause right now the resistance on the bike is at two, right? So raising it by three or raising it to three, it doesn’t seem like it’s a big jump, but it is a big jump. So if we were to raise the resistance on the bike for the last week of March and maybe set a set, a set rule that I can’t go below 5.5 on the treadmill or something like that, so that we’re forcing ourselves to take a step to the more difficult level.

I don’t know how we’ll put it. That sounds terrible. Let me rephrase that. So what we’ll do is we will be making lives a little bit more difficult and challenging ourselves to expand our growth. Boom. That sounded way better than it, or much better. All right. Time for a shower and see you tomorrow.