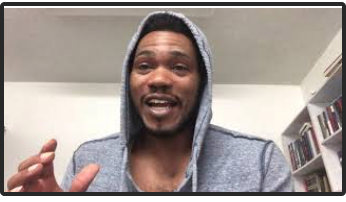 Welcome back. All right. We got our nice little concoction. That’s weird.This one turned really Brown. I’ll show you If we remember, we have watermelon, an Apple, some lettuce, some asparagus and squash the watermelon, really like this is mostly just watermelon, June. Yeah.

It tastes like watermelon and squash, I guess like those are basically the two largest, uh, water juicing components that are in here. But this is the first time I tasted this squash with anything like the watermelons, not an overbearing flavor, not at all. Actually the watermelons quite disappointed, honestly. Uh, it produced a lot of water. There’s a faint watermelon flavor to it, but not enough for, not enough for me to be like, man, this is amazing. This is the best thing since sliced bread. It does have a cooling, refreshing flavor, like taste to it, opposed to like what I was talking about earlier with different concoctions. I’ve put together. It’s good though. It is, uh, Like I said, it’s, this is, this is really a, like a refreshing drink. Right? I can feel it re it goes down. Cool. I, uh, I don’t know how to, it’s weird how to put it. All right. Here’s a good way. Like, okay. A Gatorade it’s hot, sunny. And you’re like, man, I’m thirsty and I’m hot. I’m wanting to just be quenched with thirst or quenched. Right. And I want to feel it cool. Going down my throat. That’s kind of how this feels. Right.

You know what I, I, Hmm. I know that didn’t make any sense. Excuse me. Sorry about that. Um, I think What would be good with this? Honestly, Like Before my run, because my mouth gets kind of dry and I end up, I spit a lot, cause I’m spitting everything up and whatever, uh, the mouth gets dry and it’s sometimes when I’m running, it’s kind of hard to have a water bottle and try to drink at same time. This would be great, I think like right before, but it makes the watermelon because okay. Like the energy drink, right. You know how I’m trying to create the energy drink and we’re going to start doing that come Monday and it’d be a new little new little section. Right. So we have our morning drink, which we’re drinking right now. We have our afternoon drink if I remember, but then we’re also going to have the third one, which is our energy drink because I tend to drink monster energies throughout the day. And I want to eradicate that from my life. So I got to figure out how to boost myself with natural sugars and energy. So I think with the hydration part, right? Cause even Gatorade has a lot of Deezer. Gatorade has a lot of sugar, so I’m saying energy drink, but it could also be like a Gatorade drink. Right. Kind of boost us with fluids before. So with that, I needed like a look at electrolytes, but we’ll worry about that in a second. So this right here, the, the watermelon, because it’s, it gives it that cool. Refreshing, refreshing, like,

Or about itself, I guess, mixed with,

Uh, cucumber, because you know, the cucumber, hopefully it’s it’s for hydration. Right. So if we boost ourselves with hydration and then we boost ourselves with this watermelon, which I got to figure out what’s, what’s in watermelon since our book doesn’t tell us. So that’s another reason I’m going to create my own book. So for my own ideas. All right. All right. So, but yeah, that would be, I’m pretty sure that would be an, in an amazing concoction. I got to figure out. So watermelon, um, cucumber then, you know, um, I got to put more in there, but that’s so far so good for brain health, Maybe some bok choy. Right. Well, let me get back to this. I’m getting a little ahead of myself trying to already think about energy drinks and new, but I haven’t even finished this one.

Sean, that time. Um, I’m really trying to like pinpoint the flavors, um, the cantaloupe, right? If you’ve been paying attention, perhaps with cantaloupe, It Kind of has the same, but do you have also, I haven’t been using quite as much to cantaloupe, so that could be, I think as well. Um, They both have, uh, a slightly similar after taste, right? The cantaloupe and watermelon, at least the two drinks. Right. It could be other variables that’s causing it. Um, it’s good though. It’s good With Some strawberries. I bet you, this would be better with strawberries just cause I’m a strawberry guy. I like strawberries, but we need to, we need to try cherries. There’s a lot more, we need to try. Well, I might make this video a little bit shorter just, just because, Um, this is good. Yeah. Like this is, this would be the water

And gives us great, consistent, like great flavor or it’s, it’s not that the flavors, the greatest, cause I could, I could, the strawberries would make the flavor better. However, the watermelon gives it that

That’s what it is too.

Did you, if you notice something, I didn’t have to fish off the phone. Right? If you’ve noticed with other ones, I have to take the foam off the top and then it’s really kind of grainy this there’s it’s not grainy at all. It more has a watery consistency. I think that’s what it is, which is making it extra refreshing. Is the water consistency. There’s, it’s less thick. There’s like no thickness at all in this.

As we all know, or if you’ve been paying attention, the last little part is whew. Full of flavor, right? Not always the greatest and most of the time it’s full of foam too, but let’s check this. See how much of it I’m able to drink at the end because of the, I’m usually not able to drink. The last little part is gross because when it’s too much foam and there’s too much little floaties floating around and it’s just, it’s too flavorful for me. Um, I see we are right here. Right? Maybe not on your guys’ end. It doesn’t seem like a lot, but there’s is, there’s still juice. Like it’s new. There’s barely any phone. There it is. So there’s a little bit left, right? Less than normal. Uh, so yeah, there’s a little bit of foam, but for the most great little drink, I have to make a note like put like two stars beside that one, you know, two thumbs up, you know, two stars didn’t sound very good. Two thumbs up. All right.