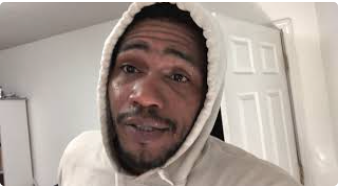 I’ve been really good. I raised the weight five pounds. So instead of 22 pounds, I’m now up to 27 or 22 and a half. Now I’m up to 27 and a half. I don’t only did it on the second set, so I haven’t transitioned it all the way in we haven’t till next week to transition it all the way in tomorrow, which will be Friday. I’ll do another one set. If it’s still easy, I’m doing it. The last set. If it’s so easy, then come Saturday and Sunday. Well, Saturday I’ll add it to two sets. If it’s easy, I’ll add it to all three. So we’ll creep up little by little now with some smaller weights I might want to add. I know we’re going to give it a little bit. Cause next week we’re already doing something drastic. We’re we’re adding a juicing.

I’m not going to lie. I’m getting a little impatient. I have my juicer. I have my books and I have the grocery store. So I’m kinda like I can start today, but I am working in the middle I’m excuse me. I’m in a huge project. I’m in the middle of it. My I’m going to do everything I possibly can to finish this project before Sunday night is over. So if I can do that, then I can focus on juicing and juicing alone. Since this is a new project, this is a new environment. I don’t know anything about it. I want to start it with a clear mind and fully indulge in it. I don’t want to have to be worried about another huge project or put that project on hold for a month. So it’s imperative. I finish it. So that’s why I’m not starting.

And I’m a little extra tired just because, I mean, I had to amp myself up with energy today. I bought, I drank two red bulls, which was terrible. I had to do a lot of reading and editing and it was, it was not easy. It took me all morning to read one. I have three more with three days, but then I have to put the edits in the paper before Sunday. So that’s a lot it’s, we’re looking at probably like 200 pages. So just to give you an idea other than that thirsty, but again, we’re going to work on the juicer next week. So I’m excited about that added five pounds running three miles it hit 30 minutes with like probably I was at 2.8 miles maybe even 2.7, but I really want to get the, the, the three miles in.

So I think that’s going to be our new, our new goals. It’s like in the morning getting a 20 miles in it’s even, it takes me sometimes 63 minutes, 65 I minutes, just to kind of depending on what, how much energy I have when I start, but religiously I’m getting my 20 miles. So I think we’re going to do that today. Our, from now on, on the treadmill is we’re going to run straight for three miles and then we can run backwards. That’s not, for me. That seems like a fair, a fair goal. Fair accomplishment. What I did notice today is when I hit that 30 minute Mark, it seems like out of nowhere, I just start getting tired, right? So, because it’s becoming a challenge, we’re going to do this a little bit longer, stay where we are, because again this upcoming, this month is basically juicing.

So we’re more focused on juicing than cardio. But if I start to see that 30 minutes is a barrier and I’m starting to get tired right at 30 minutes, then we’re going to face that head on and raise the time to 40 minutes. So I mean, we’re, we’re a ways away from there. So don’t, don’t get worried. We’re not amping ourselves with another 10 minutes yet because you don’t know as much as I like cardio. We still need to implement other things. It’s starting to get warmer. So our mornings are going to be longer with working out since I can go into the gym room earlier in the morning. So I’m looking forward to that, excited about that. Hopefully you guys are too. And with that means that I will talk to you later. I’m going to take a shower.