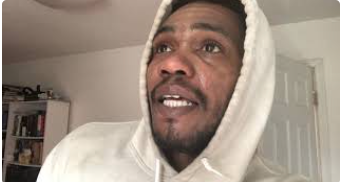 Today was good. A bike ride this morning. Yeah. Was uneventful did three sets of pushups this morning. He said just to, I did eat set with doing some sit-ups. I got a raise a set on that, which I keep talking about that we haven’t gotten that to, we haven’t gotten there yet, but steady moving forward and progressing. That’s all that matters. Right? If it’s on the forefront of her brain, if we keep talking about it, eventually we’ll do it. It’s when we stop talking about something, we forget, but we’ll keep talking about it over and over and over again. We’re eventually going to do it treadmill. It’s I’m not I’m way past the convincing myself. If I want to get on the treadmill. Remember a few weeks ago, I was, I was having problems, trying to convince myself to get on it. Well, I’m past that. I have no problem running every day and it’s now more wanting to lower. Cause if you remember yesterday or the last couple of days, I’ve been changing in my, my goal on the treadmill and running a minimum of three miles, which are basically running through my house in 30 minutes, give or take, you know, it might take me a little bit longer, but as long as I get to the third, the three miles and then little by little I’ll speed, the time up. Right.

So with doing that, everything’s going well. Yeah, but I S I, this today I sped up a little bit too fast. Like I was like, I’m just gonna go ahead and do it. No problem. And then I loaded it back down. Cause it was just a little difficult. So now I’ve noticed the first five minutes are difficult after the first five minutes. I don’t really notice. And then for something, well, I don’t know what it is somewhere in the middle. Probably like from eight minutes to 15 minutes, I don’t pay attention to right. I always end up seeing it like five minutes and then it’s like 12 minutes, 13 minutes. And then from there it jumps up to 22 minutes, really fast, right? Like I’ll, I’ll pick something. It’s be pretty interesting. And then as long as I, if, if I pick an uninteresting topics to listen to time goes by slow.

But as long as I listen to something that’s, you know, worth my time listening to then time flies by, I don’t notice the time. So the quest now is to always find something that’s new because I can’t keep listening to the same thing over and over again, it gets boring and then has to be something new and has to be intriguing. And then the run is easier and easier. And then I’ve also noticing, like, if I want to run faster towards the end, if I need something a little bit upbeat, something that, you know, how they changed the music to faster, they get your heartbeat and faster. Well, I need something like that. And then it will automatically get my heartbeat and fashion and I’ll be able to run a little faster. So I got to kind of just experiment, play around, see what works the best.

Today with the weights, I was too lazy to grab the other weights. So I just did all three or all three sets at with the extra five pounds. I did. It wasn’t any, it was, it was more, it was more difficult off of your sleep, but it wasn’t to the point where it was undoable. So my conclusion is, is I’m just gonna do that and raise the weight and, you know, steady would surely just continuously build on our original 10 minutes. So I just want to bring it back. So when you just, whenever you’re starting something new in life, just remember this experiment. We started this with 10 minutes. All you need is 10 minutes and then let your body go from there. Okay.