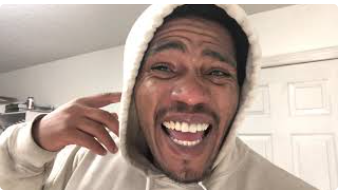 It’s a bit today. It was surprisingly Enjoyable. Future note for myself make sure the YouTube videos are nice and loud. I would love to listen to some, some of the YouTube. All right. It’s really interesting topics but I, Can’t hear a single thing, you know? Cause the treadmill is making a noise. So over the treadmill, I can like, Hey, like maybe kind of here, but it’s I ended up missing half of it. Cause I tune out. Right. Cause the treadmill is too loud. So I got to figure that out. I mean, it’s a margin. I mean, it could be the TV. I got to get a bigger TV, whatever, but I don’t want to have to buy a new TV just to make the sound go a little louder. You know what I mean? We’re getting closer to warm weather, which is I can’t wait. I’m also convinced my right leg is longer than my left leg.

It’s given me like more problems. Even though I’m running backwards, I’m kind of like when I’m running backwards, I’m not running straight. I’m veering to the left, which means that my left, my right leg is longer. Right. So that’s, that’s frustrating. So it’s causing me a little bit of pain. I’m trying to work around it and try to figure out the best way to run. Or just strengthen it. Maybe just strengthen is, is the best way to go. I’m not going to stop. I’m going to give it, let that be an excuse. Today. I ran at a 5.6 for majority of time, then bumped that up just to 5.7. So I ended up running three miles and I think it was 32 minutes, which isn’t that bad. Today I’ll surprise at the 30 minute Mark, if you’ve been paying attention last few days, I’ve been a little tired when it gets to that point.

No problem today, which is it is surprising. No problem at all. I was, it was a breeze. So that was, that was really nice. Tomorrow is the grand beginning of a one month of no food. Let’s see how we do gotta buy me some, buy some vegetables later tonight trying to think what I want in the morning. I think the, the biggest issue is going to be the coffee first thing in the morning. I’m just really accustomed to my coffee. So that’s going to be interesting waking up to vegetables. So I’m trying to think probably needs sugar intake, first thing in the morning. So probably something, some sort of orange banana

Thrown away. Yeah, there, I guess. I don’t know. We’ll figure it out. I got my little book. I have I’ve I’m way behind on my big project. That’s just not gonna happen, but they extended a week an entire week. Cause it probably take me the entire week. It’s a massive project, but it’s not the main topic this week. So it’s the main topic is to learn more about juicing and to fully indulgence in that part of the world. So I will be doing that and I will be, I’m going to start a whole new sequence of videos to kind of document that whole process. See what I like, what I don’t like, what makes me gag? What, what am I, man? I gotta sell this as a perfect concoction. And then kind of talk about it again. Our main goals are to maintain, maintain higher focus throughout the day and cleanse my system.

I’m not, I mean, I’m already losing weight, so that’s, that’s not like the main thing, but I want to, I want to feel better, like feel, I feel pretty good. So I’m not really sure. I just want to maintain like see if I can optimize my, my mental abilities. Right. And then like my kidneys kind of aches sometimes. So I’m trying to flush that, but I’ve been doing that with water as well. So, and watching what I’m eating and really truly cut down on processed foods for one and then sugars, which is gonna be difficult. Cause I mean, I don’t know how much vegetable juice only to be able to drink for a month, but it’s gonna be fun. Exciting. I’m interested. I’m curious, cleaned the kitchen up. I’ll show you guys later on today or first thing in the morning when I wake up to make my first concoction. Alright, Joliet.