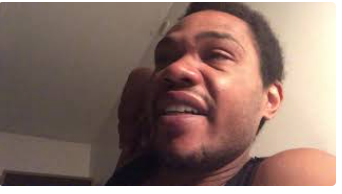 So this is the beginning of day three. Uh, I’m still a little lazy, but it wasn’t like it was forcing like, uh, my body’s I guess, getting used to this a little bit. Oh, they did say a couple of days you’re going to be miserable, which was true. Um, I have a disgusting taste in my mouth, but besides that, everything’s kind of cool. I mean, yesterday I could not get out of bed today. It was a little different, I, I kinda, I feel awake alert. It’s still unmotivated, but that could be because the project I’m doing is, is really long. Um, and it’s, it’s not an easy project as well. I wanted it done before I started this other little project with the juicing. Um, but other than that, we’ll see how today goes. Where if waking up as an indication to how the day’s going to go, it’s going to go smooth.

It’s going to go really smooth. Like, I remember drink my water. I gotta do some work right now. Um, but yeah, I don’t feel horrible at all. Little hungry, but I don’t feel bad. I mean, I got it before I get my juice, my morning breakfast or whatever, [inaudible] ride the bike for at least an hour. Do some sit-ups, push-ups all that kind of good stuff. And then I’ll, I’ll make the video for y’all and show you what I’m drinking for this morning, but drinking a whole glass, like the whole leader thing is much, much better than drinking. Half of one, half of one, I was dying of hunger, but the whole one it’s I think it’s given me enough. I might need to like pump that up to three glasses of water or glasses of vegetable water. Um, but at right now, um, we’re going pretty good with just two and then we’ll go from there.